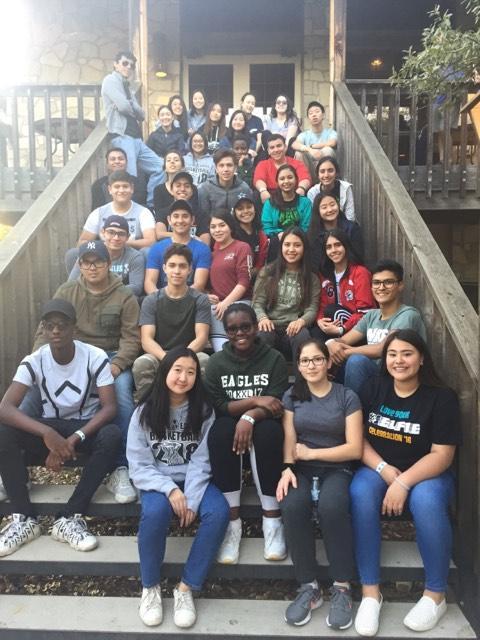 Thirty-four students enjoyed an amazing weekend at Mo-Ranch Retreat as part of the Environmental Leadership Program – a hands-on outdoor/environmental education program along the banks of the Guadalupe River in Hunt, Texas. The weekend stressed teamwork, setting personal goals, spiritual growth, and, of course, fun. We are grateful to the Mo Ranch staff for making this wonderful opportunity possible each year for our students.
Read More » 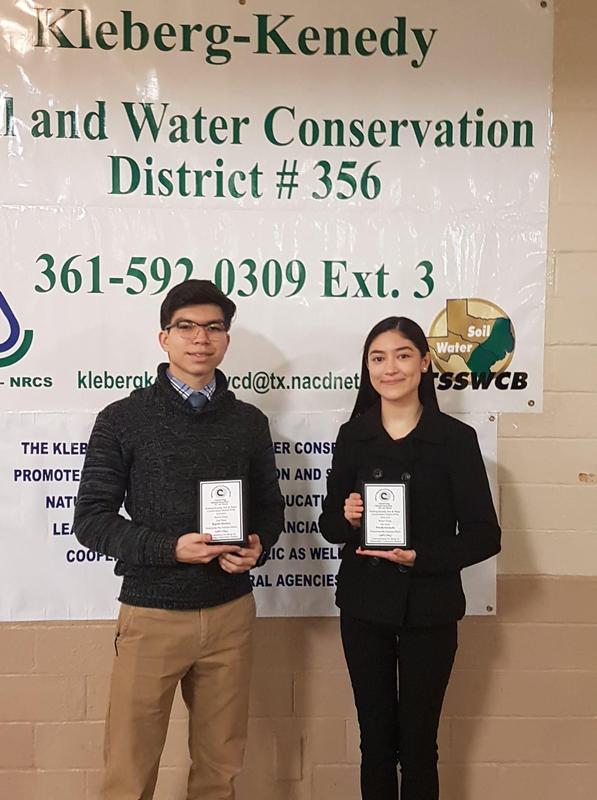 PPAS seniors Priscila Escamilla and Rogelio Martinez received 1st and 2nd place honors (out of over 230 entries) in the 20th annual Kleberg-Kenedy County Soil and Water Conservation Senior Essay Contest. They received their awards at a special recognition banquet held on February 12, and both will now advance to the Area competition. Congratulations to Priscila and Rogelio for their hard work, and special thanks to PPAS teachers Yvonne Garza and Rick Saenz for accompanying these students at the banquet.
Read More » 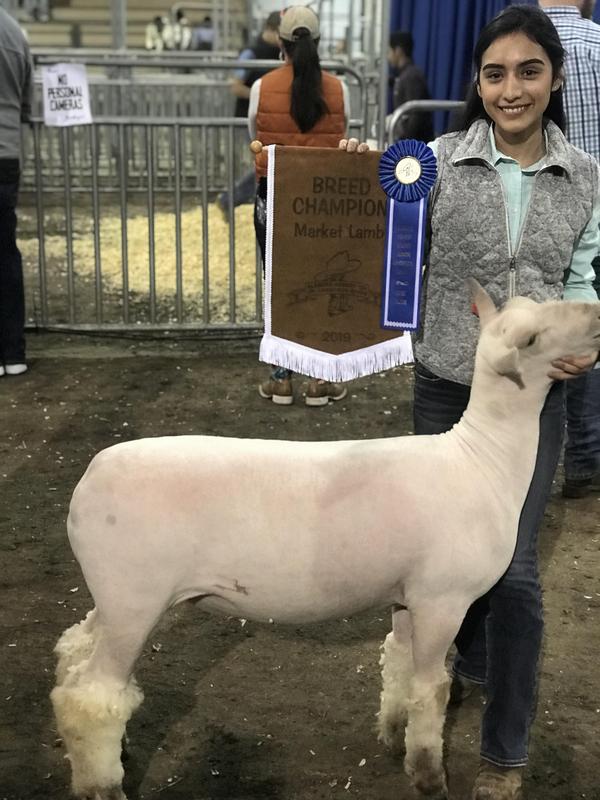 After months of hard work and countless hours preparing, our 4-H students had the opportunity to present their animals at the Kleberg-Kenedy Jr. Livestock Show last week. Out of 11 entries (10 lambs and 1 goat), eight qualified for the auction held on February 2. All of the students did a great job showing their animals, and Daniela Lara and Julio Galvan received Breed Champion and Reserve Breed Champion, respectively, in the South Down division. Christian Pena received Reserve Breed Champion in the Dorper division. And, our students received numerous 1st and 2nd places, ribbons and banners. Another successful show year in the books for our Eagles 4-H Club!
Read More » 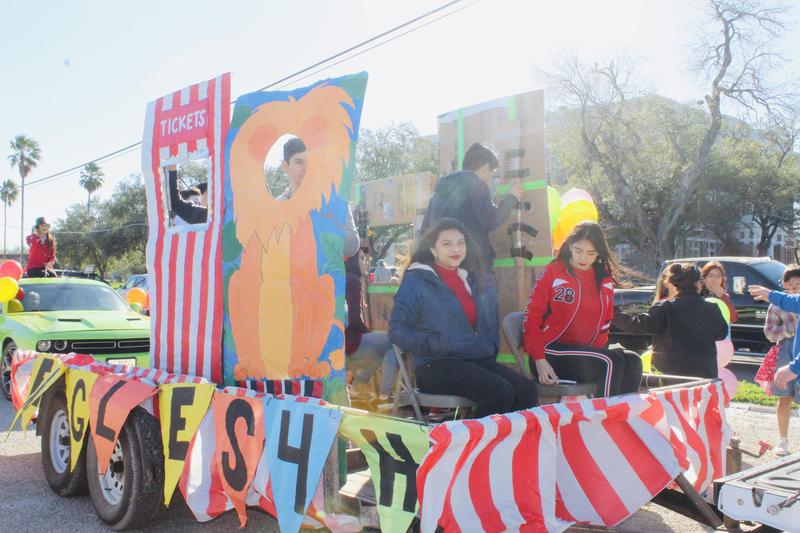 On Saturday morning, 29 members of our Eagles 4H Club participated in the Kleberg-Kenedy County Junior Livestock Show Parade. These students had fun and did a great job representing Pan Am with pride!
Read More » 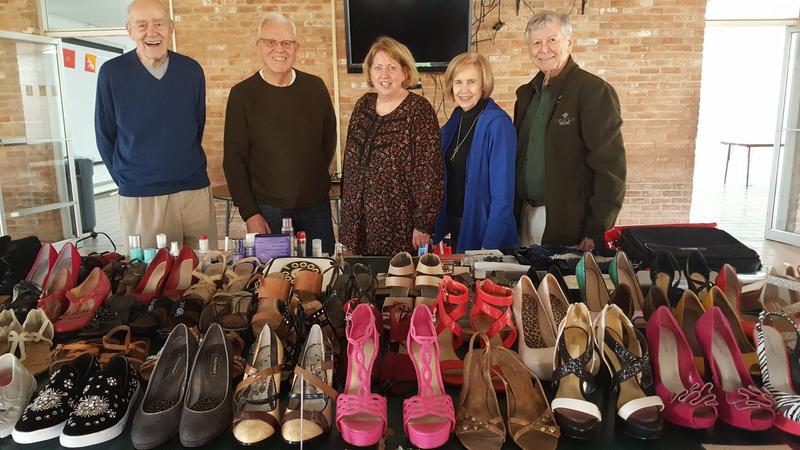 The “Once Upon a Teen” clothing market returned for the 3rd year on Saturday, January 19. Students had the opportunity to shop for a variety of items (i.e., jeans, jackets, sweaters, athletic wear, etc.) right here on campus. We are so grateful for volunteers from churches in the Dallas area who continue to make this fun event possible for our students.
Read More » 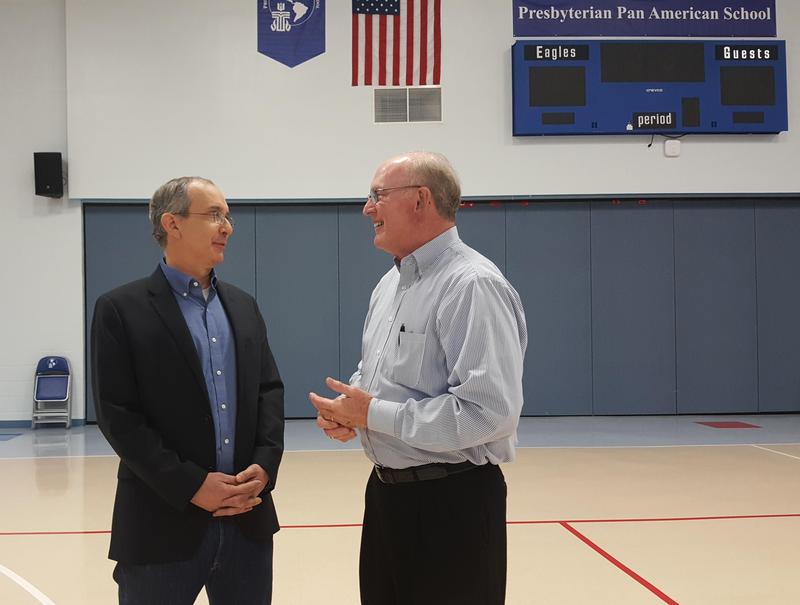 Rev. Dr. Doug Dalglish has announced his resignation as President of Presbyterian Pan American School (PPAS) in order to return to pastoral ministry. The Board of Trustees made several changes to ensure a healthy period of transition before an installed President is sought.

Dr. James Matthews, President of PPAS from 1997 to 2012, has been retained part-time and will focus his efforts on relations with major donors and student recruitment.

We are grateful to Dr. Dalglish for his faithful service to PPAS over the past 6 1/2 years, and we wish him success in his future endeavors. And, we look forward to an exciting 2019 as we continue in our mission to educate and empower our students from 12 countries for leadership in the global community.
Read More » 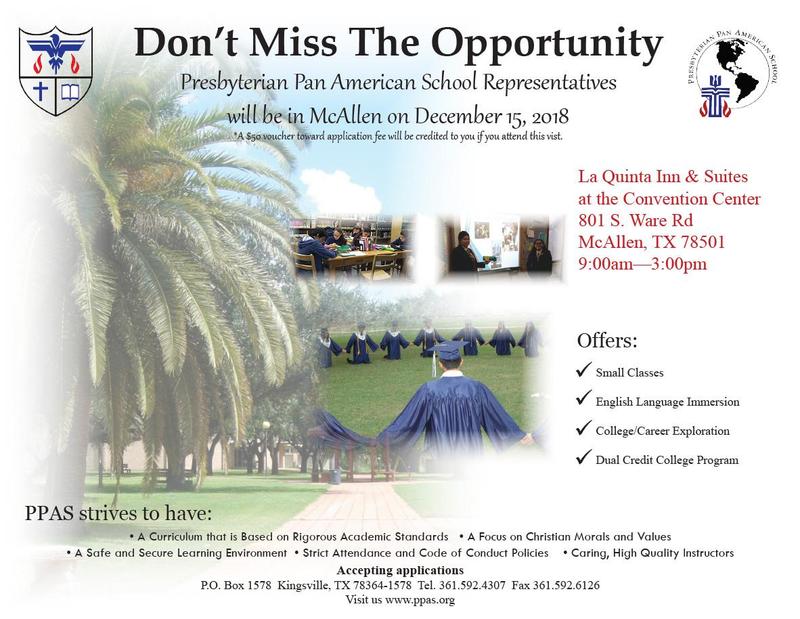 School representatives will be at the La Quinta Inn & Suites (Convention Center) 801 S. Ware Rd. in McAllen on Saturday, December 15 from 9:00 a.m. to 3:00 p.m. This is a great opportunity for prospective students and families to learn about our school. A $50 voucher toward application fee will be credited for those attending this event.
Read More » 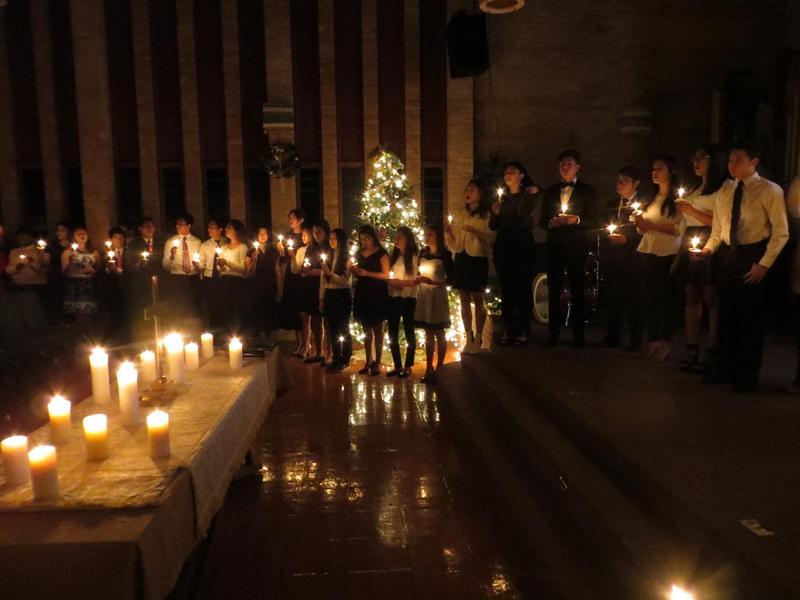 Students celebrated Christmas a little early on Saturday, December 1, since they will all be home for the holidays. The student-led worship service of scripture lessons, carols, and candlelight was a truly beautiful remembrance of Christ's birth. The service was followed by a Christmas dinner and party where students exchanged gifts with one another.
Read More » 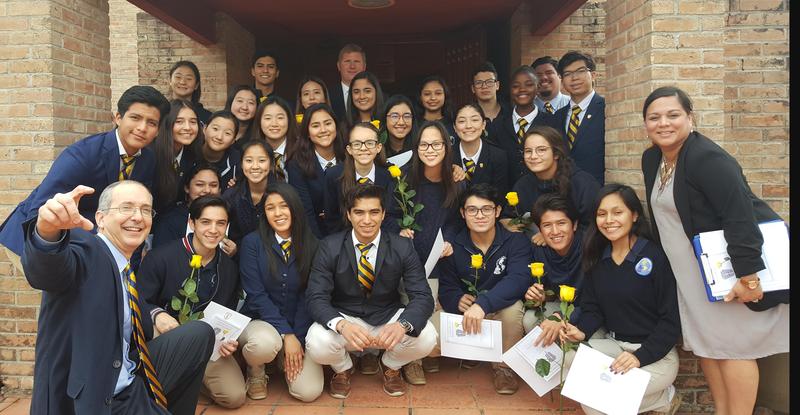 On Friday, November 30, 2018, we celebrated the induction of 18 new members into the John A. Mackay Chapter of the National Honor Society. These students were selected by their teachers as those who most uphold the ideals of scholarship, service, leadership, and character. During the ceremony, inductees were presented with a yellow rose from current members of the chapter. They also enjoyed a meal together after the induction ceremony. Congratulations, students!
Read More » 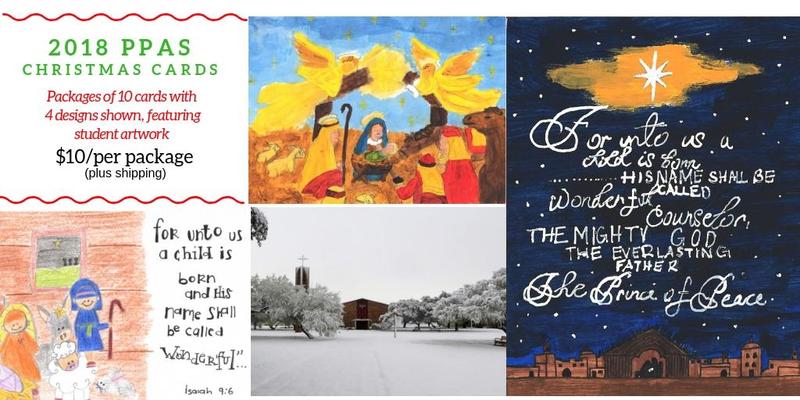 We have a limited quantity of PPAS Christmas cards (featuring student artwork) for sale! These 5X7 cards come in packages of 10 with a mixture of the four designs shown for $10.00, plus shipping and handling (U.S. addresses only).
Read More »
RSS Feed